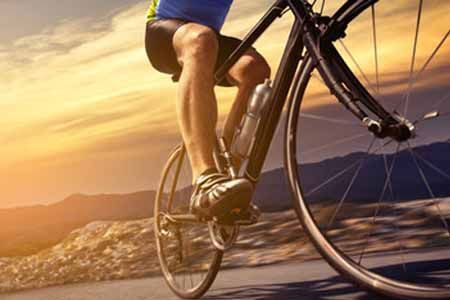 Regen braking on ebike-is it worth it?

People often assume that an electric bicycle will have regenerative braking, or that it will charge up as you pedal. Both assumptions are incorrect, and in this blog post we explain to you why.

“Does it charge as you pedal?”

This is a question frequently asked about electric bikes. The simple and quick answer is no – there is virtually no point charging the battery with your pedal power, because you would be taking away some of your leg power from pushing you forward, to convert it into battery energy (losing some in the process), to then convert it back into mechanical power via the motor, to push you forward.

It makes much more sense just to use all of your leg power to drive you forward! The motor should be run off of a battery that can carry a huge amount of energy, charged up from the mains power in your home a lot faster than you can charge it by pedalling.

“Does it have regenerative braking”?

This is an equally common question. Regenerative braking means capturing your kinetic (movement) energy as you brake, putting it back into the battery to be used again later instead of just wasting it as you stop.

Because most hybrid electric cars have regenerative braking, the term is synonymous with “electric vehicle” and as such many people tend to assume that an electric bike will also capture and recuperate energy as you pedal or brake.

“Why do no eBikes have regenerative braking?”

However – almost no electric bikes have regenerative braking. Why? Because a person on a bike weighs about a lot less than a car. Therefore there is a lot less energy available to be captured (which is what regenerative braking does). When you cycle, 90% of your effort and energy goes into pushing you through the air which resists you as you move. Perhaps less than 10% is lost because you brake – so even in the best case scenario when you capture all of your kinetic energy when you brake, you’ll only go 10% further as a result.

Don’t believe it?Let’s do the maths!

Imagine you cycle 20 miles on your 10Ah battery on a totally flat stretch of road.

You’re going at 25kph which is 7 metres per second (nice and legal) and the total weight of you and your bike is 120kg. The equivalent energy of that is 1/2 mv^2 which is equal to 2,940 Joules of energy.

This is the equivalent to just 0.022 Amp Hours in a 36V battery. Assuming that you have regenerative braking capturing that energy with 50% efficiency then you would have to stop 45 times in 20 miles to get just a 5% increase in range.

Put another way, if you expect to come to a full stop 10 times during your trip (which seems reasonable), having regen braking would only increase your range by 0.22Ah which is just 2.2% increase.

So all in all I think it is fair to say that for flat commutes regenerative braking is totally pointless.

Obviously a better use regenerative braking is for hills. The potential energy of you on a hill is mass x gravity x height.

Let’s work out, for a 120kg eBike rider and ebike, how much height you would have to be expecting to climb and come down again to make regenerative worth it. Let’s say 20% increase in range

But! Don’t forget the efficiency.

With a 50% efficiency of regenerative braking that changes to 440 metres.…

So there you have it – assuming you want increased range of at least 20%, if you don’t expect to climb more than 440 metres in your average commute then regenerative braking is not worth it.

So where does all the energy go?

The reason regenerative braking doesn’t help increase your range as much as you think, is that most of the energy from your battery is being used to combat air resistance.

Because most of the energy from your battery is lost to air resistance, recopuing the kinetic energy as you brake doesn’t make much difference. So we suggest that instead of getting regenerative braking, try just wearing Lycra!